Riding around in circles on a motorcycle 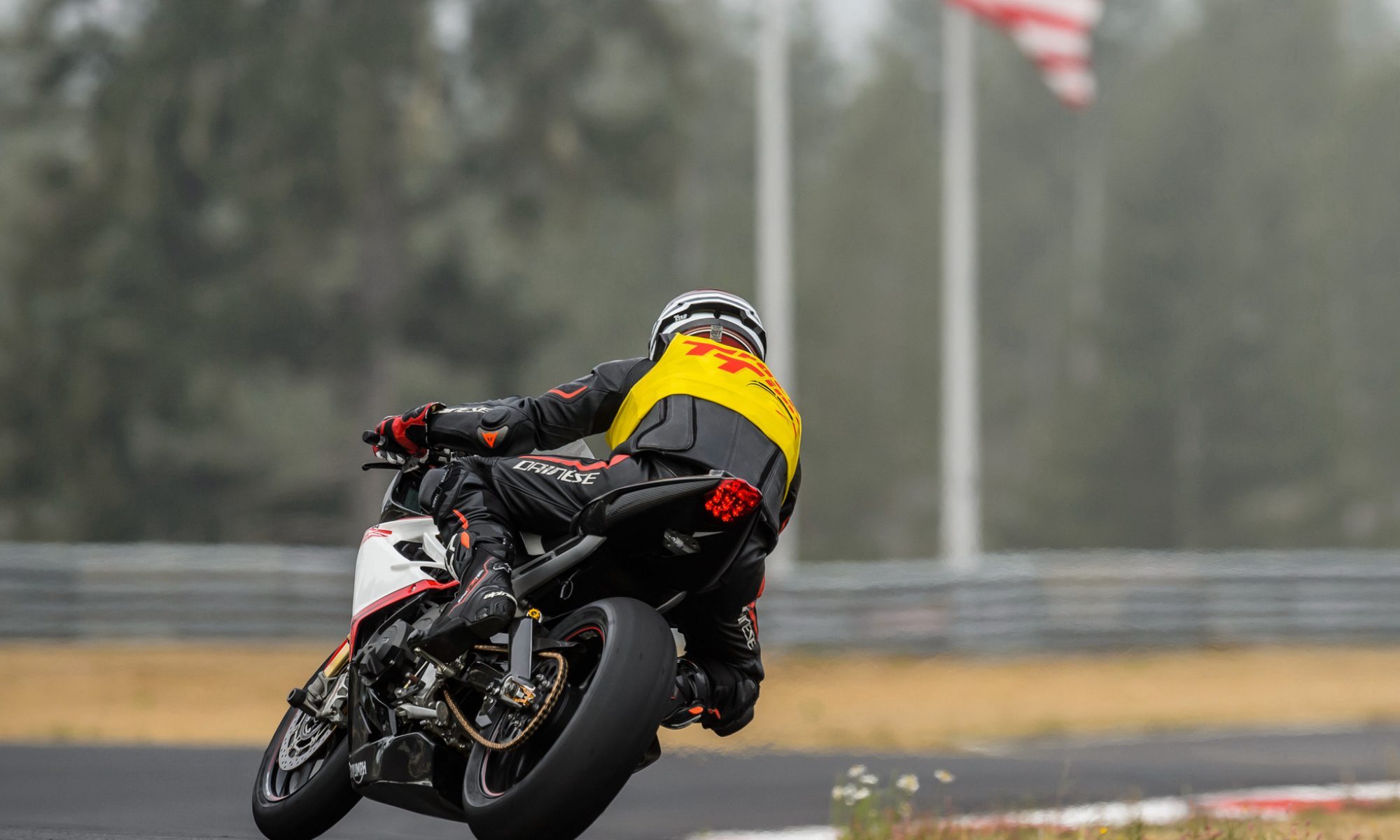 I’ve been riding motorcycles since I first got on my grade school friend’s Honda CT70 trail bike. As my friends got bigger bikes, I got to ride them too. This was all unbeknownst to my parents. 3 or 4 years later, my dad took me out on his Honda CT90s (he had 2 of them) and he thought I might have been a little too rambunctious for having just been taught by him. Heh.

In junior high, I was an avid reader of car magazines. I grew up pretty poor and I quickly came to discover that motorcycles offered a lot more performance for the money than cars. I already liked bicycling so getting a low-grade motorcycle would give me a lot more performance than an expensive car. In high school, I saved up to buy my first street bike and I’ve had about 20 or so bikes since then. There was never more than a couple of months that I was without a bike (or more) since then.

Early on I mostly rode the back roads and later sport touring. Starting about 20 years ago I’d go to the track once or twice a year–either prompted by getting a speeding ticket or dragging hard parts on the street, a day at the track would calm me down on the roads for several months. I eventually enrolled in a few schools over the years. In 2018 I decided to give it a real go and got my first track bike and in 2019 I got my first season pass with a provider and hit a considerable number of track days.

As time went on, I became more conscious of the potential risks involved with my passion, particularly at pace, so I started working with instructors/racers/control riders. In 2020 I began working with private coaches who shared the same mindset as I did. My progress has definitely come a long way and there’s still so much more to go but I feel that I have the technical understanding to do it while minimizing risk to myself and others. None of this has been done overnight. I dabbled in novice club racing in the AFM on a KTM 390 in 2021 which I determined was not for me but it was a tremendous experience with friends.

This site is a repository of tips and tools that I’ve found useful in my time of doing 30+ track days per year since 2019. I have a strong inclination to using data to improve my riding so that’s where you’ll see my focus in the posts.